A YEAR OF GREAT ACHIEVEMENTS 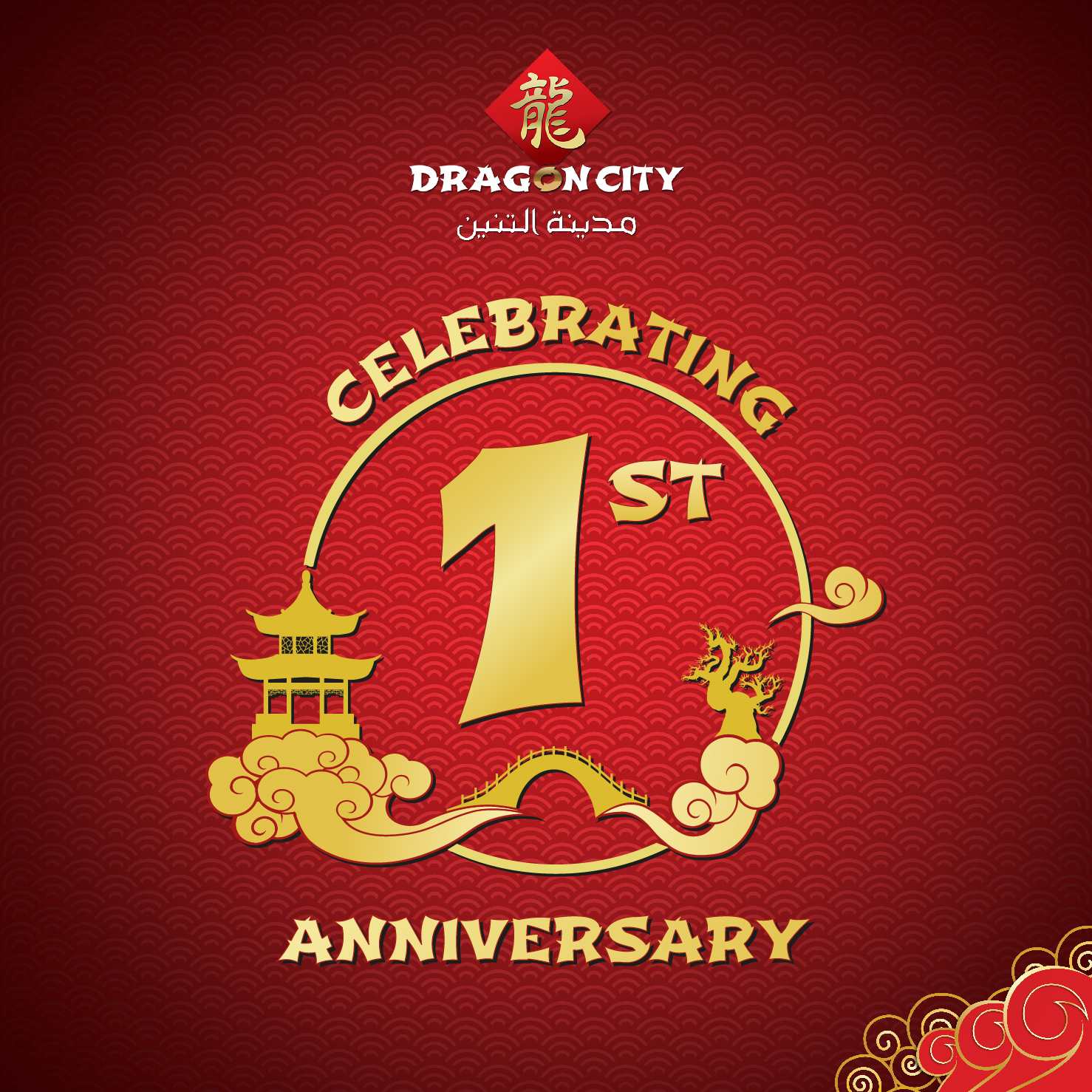 Manama, Kingdom of Bahrain, XX December 2016: Celebrating the 1st Anniversary of its launch, Dragon City, the Kingdom’s largest wholesale and retail trading hub, is conducting an extravagant campaign that will include a number of colourful and exciting events from the month of December through to January 2017.

The 1 year anniversary which falls on 27th December will be marked by a grand ceremony and press conference commencing at 11am, graced by the presence of Dragon City and Diyar Al Muharraq managements, delivering speeches to commemorate this grandeur occasion. Also scheduled to take place is an important announcement and a video showcasing Dragon City’s remarkable achievements in the duration of its initial year, followed by the cutting of the cake.

It is worth noting that within the span of a single year, Dragon City has notched several significant accomplishments on its belt. Besides enriching the cultural landscape of the Kingdom, introducing people in Bahrain to Chinese culture and heritage, Dragon City is a pioneer in increasing the trade movement between Bahrain and China to reach over 200 million US dollars in the recent period. It also plays a vital role in bringing more Chinese investments to the Kingdom, contributing to more exchange between the countries.

Furthermore, the mall has over 500 traders and boasts an occupancy of 95% of all commercial units. Approximately 10,000 visitors are received on a daily basis, a number which increases significantly during weekends and holidays.

Dragon City has become a centre of attraction due to its exciting, family-friendly events and activities.  Recently, the Taste of China initiative was met with immense success, bringing the Anhui Acrobatic Troupe of China to Bahrain for a mesmerising performance, and holding a Chinese handicrafts exhibition. In addition, a monthly raffle was held, where a lucky customer of Dragon City could enter and win a brand new car every month until the end of 2016.

Dragon City is a first of its kind project in the Kingdom of Bahrain and it includes Dragon Mall, Dragon Apartments, Dining Village, Dragon Plaza and an allocated area for warehouses. Dragon City is home to more than 787 commercial units, effectively making it the largest wholesale and retail trading centre in the Kingdom of Bahrain. Located South-West of Diyar Al Muharraq, it is strategically located in close proximity to Bahrain’s International Airport, the state-of-the-art Khalifa Bin Salman Port and the Capital of the Kingdom of Bahrain, Manama, making it ideal and providing easy access to customers from both the Kingdom and beyond. Dragon City gives to its customers, including local consumers, trade customers and tourists, an access to a wide range of offers and high quality Chinese products.